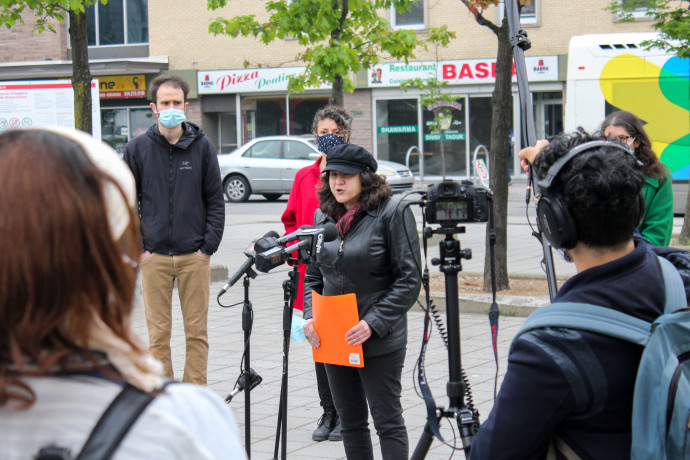 Université de Montréal is failing to live up to its commitments in Park Extension and must take action now to curb the impacts of its new MIL campus, says a new report from the Park Extension Anti-Eviction Mapping Project.

Local organizations had long warned the campus, which opened in September 2019, would provoke a cascade of pressures on the neighbourhood’s waning affordability.

Park Ex is known as a crucial landing spot for new immigrants in Montreal, many of South Asian descent, and is home to many low-income residents. These groups are particularly vulnerable to the effects of gentrification.

The new campus is already squeezing the neighbourhood, said Amy Darwish, co-author of the report and community organizer with the Comité d’action de Parc-Extension.

“We’ve been seeing evictions on the rise as well as a lot of landlord harassment that’s sort of aiming to push long-term tenants out of their homes,” she said.

Apartment listings routinely boast of a proximity to the university and sometimes state a preference for students and professionals, said Darwish. “What it suggests to us is that the rental market is now starting to reorient itself to accommodate the new influx of wealthier tenants.”

Dialogue, community partnership, and non-profit student housing are among the tools identified by the report as necessary to balance the university’s adverse impacts.

The report notes that UdeM had initially planned to build on-campus housing but instead sold the land to private developers.

“First and foremost, the university in its initial plan had mandated non-profit student housing, and to this day has very much relinquished that responsibility and the role,” said Norma Rantisi, a professor in the department of geography, planning, and environment at Concordia University and part of the mapping network’s advisory board. 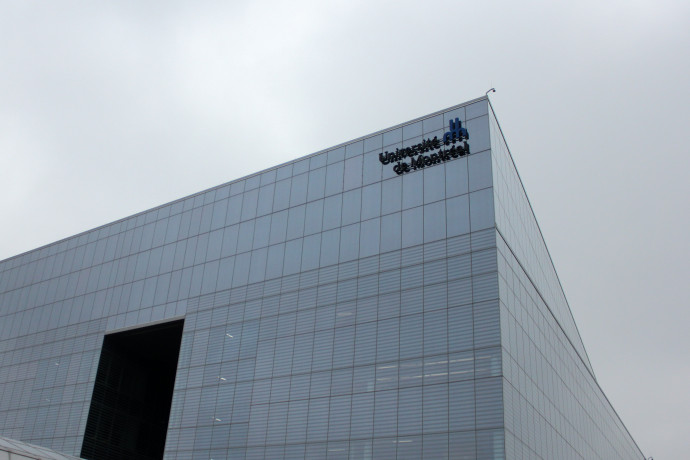 Universities are major real estate developers in their own right, she said, and must acknowledge their neighbourhood impacts and commit to community engagement and accountability.

The authors insist the university needs to provide non-profit housing to its students and bolster social and community housing projects in Park Extension. It’s also recommended that the university contribute to a province-wide strategy for non-profit student housing.

“They often say that it’s not their role to build housing,” said Darwish, “but at the same time they do have significant investment funds. They also have a public platform that they can use to support calls for social housing coming from the neighbourhood itself.”

The risks to low-income residents are now exacerbated as they face an economy hobbled by COVID-19.

“We’ve heard stories of people who haven’t been able to access benefits, landlords who are continually harassing them and trying to force them to leave their apartments despite being in the middle of a global pandemic,” said Darwish.

Community groups fear there could be a wave of evictions in the next few months as the moratorium is lifted and hearings resume. Darwish noted many of those who lose their homes will not be able to find new housing in Montreal as the city faces its lowest vacancy rate in 15 years.

In Greater Montreal, the vacancy rate has plummeted to 1.5 per cent from four per cent just five years ago.

“We’ve heard stories of people who haven’t been able to access benefits, landlords who are continually harassing them and trying to force them to leave their apartments despite being in the middle of a global pandemic.” — Amy Darwish

“It’s been many, many years of inaction and indifference on the part of the university,” said Darwish. “What we’re hoping is the entrance of the new rector is an opportunity for them to change course.”

Jutras took office on Monday and will take the next few weeks to take up various issues, said Geneviève O’Meara, a UdeM spokesperson. However, there is no other plan regarding housing.

O’Meara points to the transformation of a former marshalling yard, the construction of a footbridge, and the creation of parks and a central square as positive impacts, saying children and teenagers often gather there.

She said UdeM has worked with local governments and community groups. She cited L’extension centre, which provides services to children and families in the neighbourhood, as an example.

The creation of the pedagogical centre in 2014 was led by UdeM professor Louise Poirier in collaboration with schools and local organizations.

The report acknowledges the value of L’extension to the community but points out it does not address the core complaint around affordable housing.

The looming prospect of evictions in Park Ex comes as many other neighbourhoods across Montreal are becoming inhospitable to low-income individuals and families.

“It’s important to highlight that what’s happening in Park Extension is not unique to Park Extension,” said Darwish. She invoked other central neighbourhoods, such as St-Henri, Hochelaga-Maisonneuve, the Plateau, and Rosemont, all of which are shedding affordable housing.

“I think at some point we will have a decision to make whether we want families, whether we want low-income folks to be able to live in the centre of the city,” she said.