Asian American Heroes Your Kids Need to Know About

People of Asian descent have been important contributors to the American story since the founding of the United States. Filipino migrants first arrived in the U.S. in the late-18th century, followed by waves of Chinese migrants in search of gold and fortune during the mid-19th century. While more than 21 million Americans today can trace their ancestry back to various parts of Asia, the stories of Asian American heroes are often left untold. Read on to learn about some noteworthy historical figures and activists of Asian descent that you may not have heard about in U.S. history class. 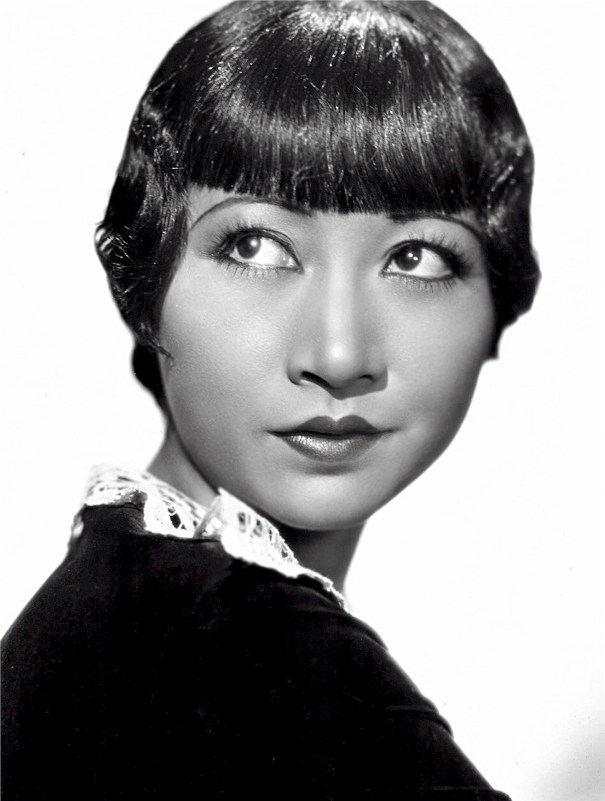 Widely regarded as the first Chinese American actress of Taishanese descent to achieve superstardom in Hollywood, Wong was born in Los Angeles in 1905 and started acting at an early age. Her varied career spanned silent films, the first color films, television and radio. Although many of her early roles played into ethnic stereotypes, Wong was a vocal advocate for greater representation of Asian Americans in film and television, and she gained both critical and popular acclaim for her international acting roles. Wong famously lost the leading role of the Chinese character O-Lan in the film adaptation of Pearl S. Buck’s The Good Earth to German actress Luise Rainer, who played the role in yellowface and went on to win the Academy Award for her portrayal. 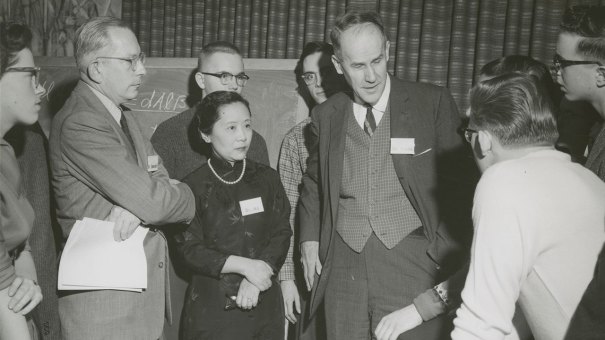 Known as the “Chinese Marie Curie” and the “Queen of Nuclear Research,” Dr. Wu was born in Jiangsu Province, China, in 1912, and moved to the U.S. in 1939 to pursue her Ph.D. at the University of California, Berkeley. As an experimental physicist, Dr. Wu made significant contributions to the study of nuclear physics, and as a member of the research staff at Columbia University, she played a critical role in the Manhattan Project, the research and development consortium led by the United States, Canada and the United Kingdom that created the first nuclear weapons. Dr. Wu was the recipient of the inaugural Wolf Prize in Physics and was the first woman to serve as president of the American Physical Society. 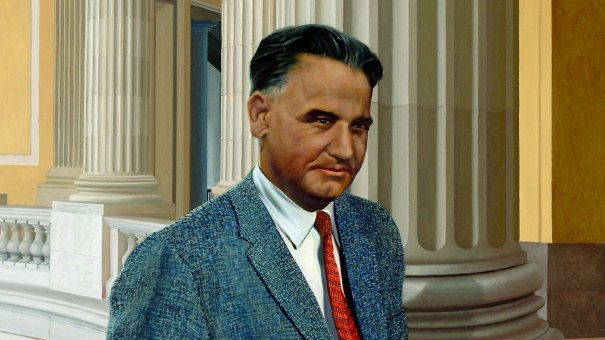 photo: Collection of the U.S. House of Representatives via Wikimedia Commons.

Born in Punjab, India, in 1899, Saund emigrated to the U.S. via Ellis Island in his early 20s to further his education. He subsequently earned both master and doctoral degrees in mathematics from the University of California, Berkeley. After becoming a naturalized U.S. citizen in 1949, Saund ran for and won various positions in local government in Stockton, California. In 1955, he announced his campaign to run for the U.S. House of Representatives as a Democrat, a seat he would go on to win twice, which made him the first Sikh American, the first Asian American, and the first Indian American to be elected to the U.S. Congress. 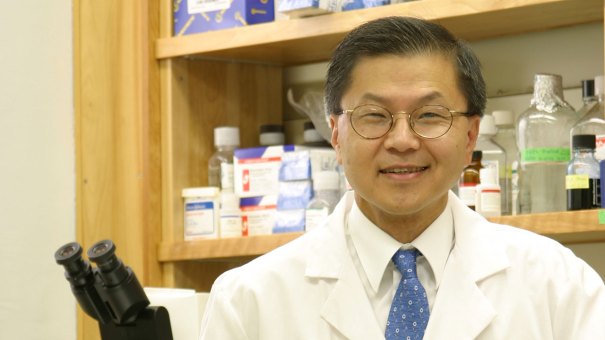 Born in Taichung, Taiwan, in 1952, Dr. David Ho moved to Los Angeles at age 12 with his mother and younger brother to reunite with his father, who emigrated to the U.S. in 1957. After earning his bachelor of science in biology from California Institute of Technology and his medical degree from Harvard University-Massachusetts Institute of Technology Division of Health Sciences and Technology, Dr. Ho performed his clinical training in internal medicine and infectious diseases. When he was a resident at Cedars-Sinai Medical Center in Los Angeles, he came into contact with some of the first reported cases of what was later identified as AIDS. Since then, Dr. Ho has been on the frontlines of AIDS research, and more recently, coronavirus research. 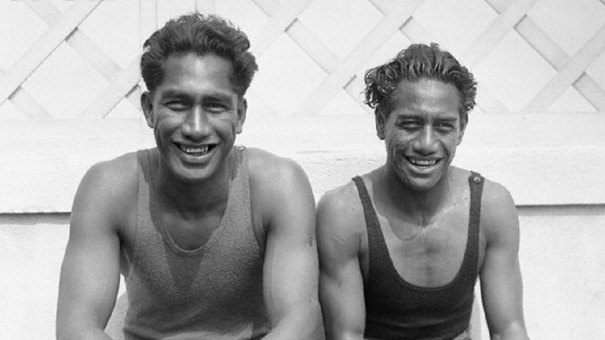 Nicknamed “The Big Kahuna,” Duke Kahanamoku was a towering figure in the worlds of sports and entertainment. Born in Honolulu, Hawaii, in 1890, Kahanamoku was a five-time Olympic medalist in swimming, having competed in the 1912 Olympics in Stockholm, the 1920 Olympics in Antwerp, and the 1924 Olympics in Paris. Kahanamoku also was an alternate for the U.S. water polo team at the 1932 Olympics in Los Angeles. Following his trail-blazing athletic career, Kahanamoku worked as an actor, sheriff and surfer, helping to popularize the Hawaiian sport of surfing to a new generation of surfers all over the world. 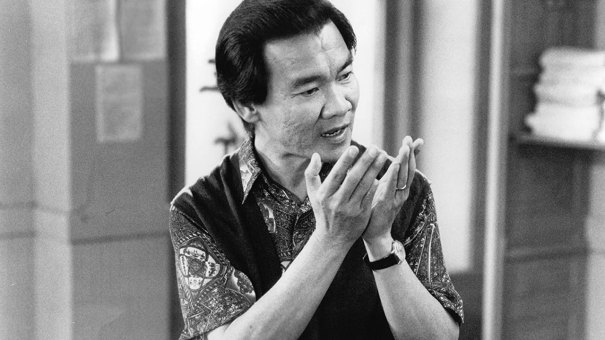 Although Haing Somnang Ngor trained as a surgeon and obstetrician in his native country of Cambodia, he is best known for winning the Academy Award for Best Supporting Actor in 1985 for his debut performance in the film, “The Killing Fields,” in which he portrayed Cambodian journalist and refugee Dith Pran. Ngor is the only actor of Asian descent to ever win an Academy Award for Best Supporting Actor, and only one of two non-professional actors to win an acting Oscar. Born in Takeo Province, Cambodia, in 1940, Ngor survived the horrors of prison camps under the Khmer Rouge. Ngor harrowing accounts of torture and losing his wife during childbirth in Pol Pot’s prison camps, as well as his subsequent journey to the U.S. as a refugee, are told in his autobiography, “Haing Ngor: A Cambodian Odyssey.” 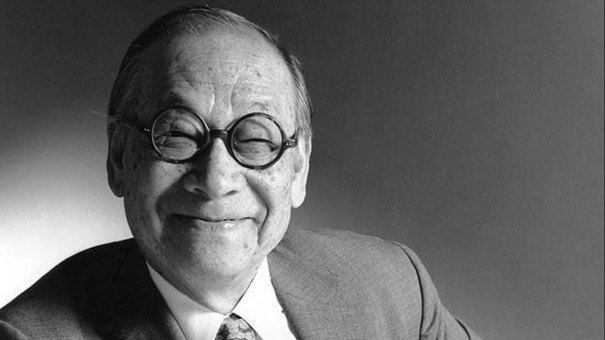 Born in Guangzhou, China, in 1917, Ieoh Ming Pei moved to the U.S. in 1935 to enroll in the University of Pennsylvania’s architecture school, but he quickly transferred to the Massachusetts Institute of Technology. Pei would go on to design some of the nation’s most iconic buildings, including the John F. Kennedy Memorial Library, the Herbert F. Johnson Museum of Art and the Rock & Roll Hall of Fame and Museum, among many others. Pei’s design of the glass and steel pyramid at the Musée du Louvre in Paris firmly established his reputation as a global visionary. Pei is among a select few architects whose work has defined city skylines around the world. In 1983, Pei won the Pritzker Prize, which is sometimes referred to as the Nobel Prize of architecture. 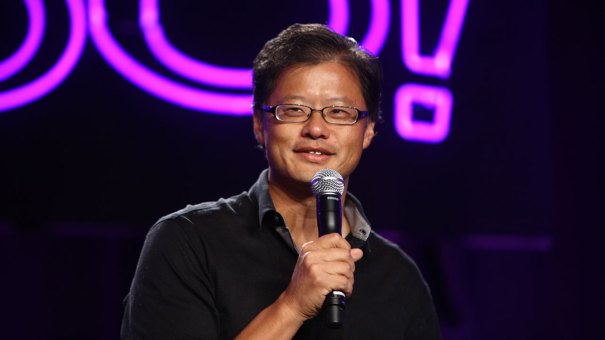 In 1994, Jerry Yang and his classmate David Filo dropped out of the doctoral program at Stanford University to create an internet directory originally named “Jerry and David’s Guide to the World Wide Web,” which was later renamed Yahoo! As the creator of one of the first internet portals, Yang played a critical role in defining the role of technology in our lives. Born in Taipei, Taiwan, in 1968, Yang emigrated to San Jose, California, at age 10 with his mother and brother. In the years since leaving Yahoo!, Yang has become a mentor to numerous technology startups and an investor to more than 50 startups. 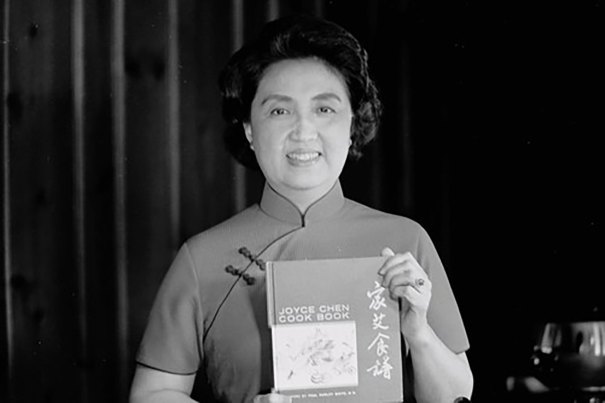 Before there was Food Network, chef, restauranteur and author Joyce Chen was credited with popularizing authentic, northern-style Chinese cuisine in the U.S. Previously, much of the Chinese food that most Americans consumed was a hybrid “chop suey” that was neither authentic nor Chinese in origin. Born in Beijing, China, in 1917, Chen and her family fled the country as communists were taking over. She settled in Cambridge, Massachusetts, where she opened the first Joyce Chen Restaurant in 1958, pioneering the all-you-can-eat Chinese buffet concept. In 2014, the U.S. Postal Service issued a stamp with Chen’s image in honor of her accomplishments and lasting influence on American cuisine. 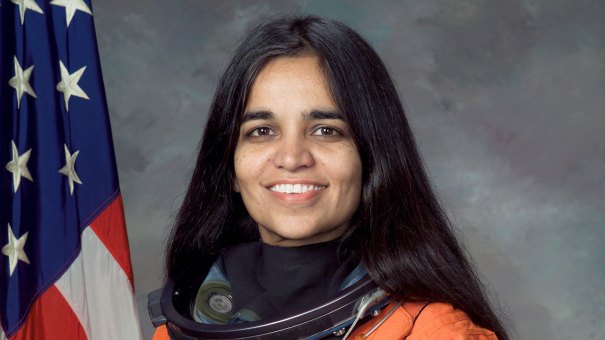 Kalpana Chawla was the first woman of Indian descent to go to space, having served as a mission specialist and primary robotic arm operator on the space shuttle Columbia. Sadly, Chawla was one of the seven crew members who died when the spacecraft disintegrated during its re-entry into the Earth’s atmosphere in 2003 following the space shuttle Columbia’s 28th mission. Chawla was posthumously awarded the Congressional Space Medal of Honor, and several streets, universities and institutions have been named in her honor. She is regarded as a national hero in India, where she was born in East Punjab, in 1962. 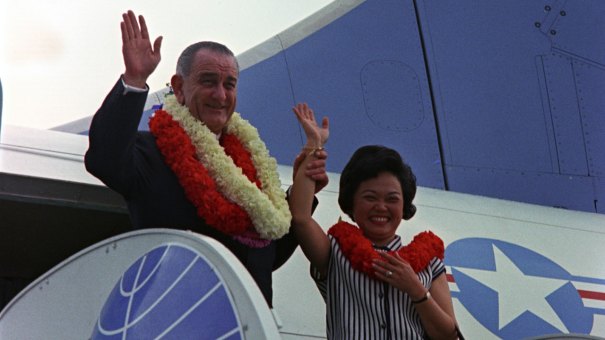 Born on a sugar plantation camp in Paia, Hawaii, on the island of Maui, in 1927, Patsy Mink pursued a law degree at the University of Chicago after being rejected by all 12 medical schools to which she applied. As the then Territory of Hawaii debated statehood in 1956, Mink was elected to the Hawaiian Territorial Legislature representing the Fifth District in the Territorial House of Representatives, becoming the first woman with Japanese ancestry to serve in the territorial House. When Hawaii became the 50th state in 1959, Mink ran in the Democratic primary for the state's at-large U.S. congressional seat but was defeated by Territorial Senator Daniel Inouye. In 1965, Mink won a post in the U.S. House of Representatives, becoming the first Hawaiian woman elected to U.S. Congress and the first woman of color elected to the House, where she served six consecutive terms. She served as Assistant Secretary of State under the Carter administration, then returned to the House, serving again from 1990 to 2002. 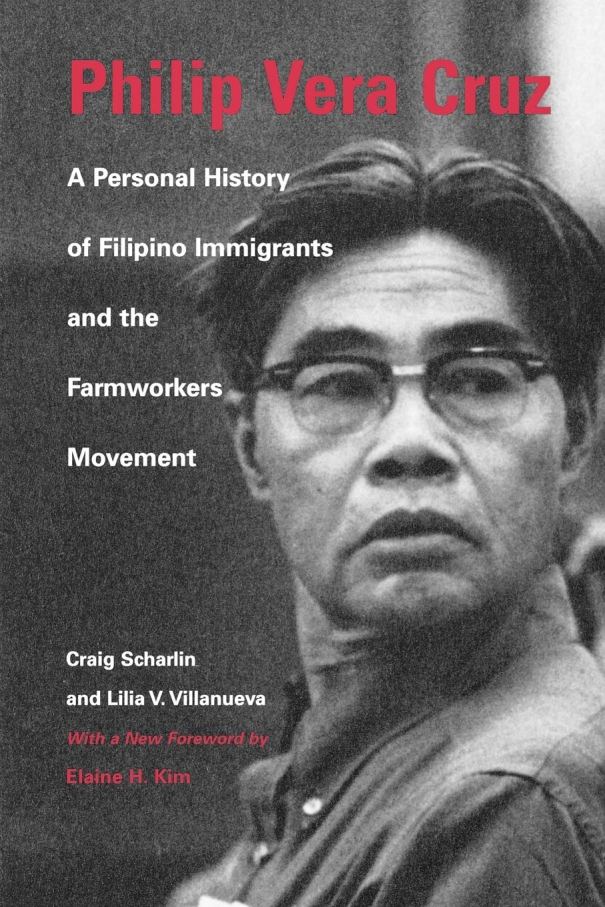 Philip Vera Cruz was an influential labor organizer, farmworker and leader in the Asian American movement. As a co-founder of the Agricultural Workers Organizing Committee, which later merged with the National Farm Workers Association to become the United Farm Workers, Vera Cruz led the charge to improve the terrible working conditions for migrant workers, especially Filipino and Mexican farmworkers. Born in Saoang, Ilocos Sur, Philippines, in 1904, Vera Cruz moved to the United States at age 22. Working a variety of menial labor and farm jobs, Vera Cruz witnessed firsthand the deplorable treatment that farmworkers experienced. Vera Cruz partnered with Mexican labor organizer Cesar Chavez to demand better treatment, and together with the United Farm Workers union, these labor leaders were finally able to impact change in working conditions for thousands of workers. Learn more about this hero by reading Philip Vera Cruz: A Personal History of Filipino Immigrants and the Farmworkers Movement, you can find it here. 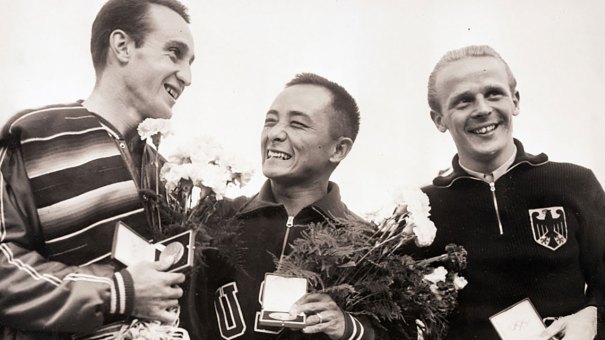 Sammy Lee has the rare distinction of being the first Asian American man to win an Olympic gold medal for the U.S. and the first man to win back-to-back gold medals in Olympic platform diving. Born to Korean immigrant parents in Fresno, California, in 1920, Lee first dreamt of becoming an Olympic athlete when he saw banners for the 1932 Olympic games in Los Angeles. Lee competed in the 1948 Olympics in London and 1952 Olympics in Helsinki. Following Lee's impressive diving career, he helped coach several U.S. Olympic divers, including Bob Webster, Greg Louganis, and Pat McCormick. In addition to coaching, Lee also practiced as an ear, nose and throat doctor for 35 years before retiring in 1990. 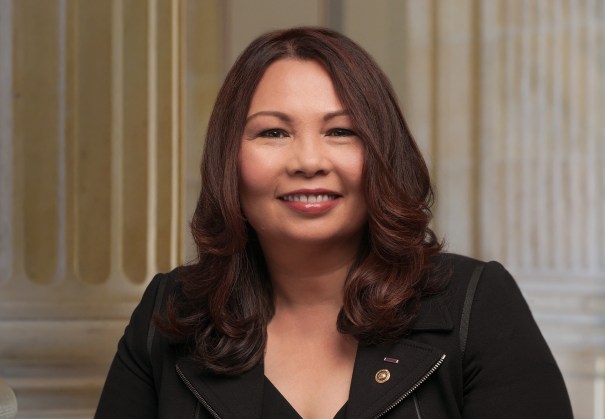 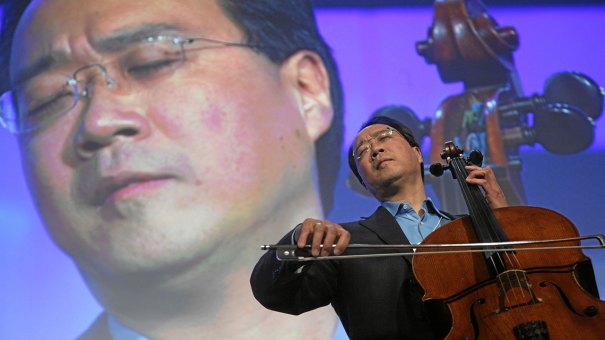 Born in Paris, France, in 1955, to classically trained musicians of Chinese descent, Yo-Yo Ma was raised and educated in New York City, where he was a musical prodigy who began performing at the age of four. A graduate of The Juilliard School and Harvard University, Ma has performed as a soloist with orchestras around the world, recorded more than 90 albums, and received 18 Grammy Awards. Ma has achieved both critical and commercial success, and has been honored with numerous recognitions, including the Glenn Gould Prize, National Medal of Arts, Presidential Medal of Freedom, Polar Music Prize, and was once named “Sexiest Classical Musician” by People magazine. 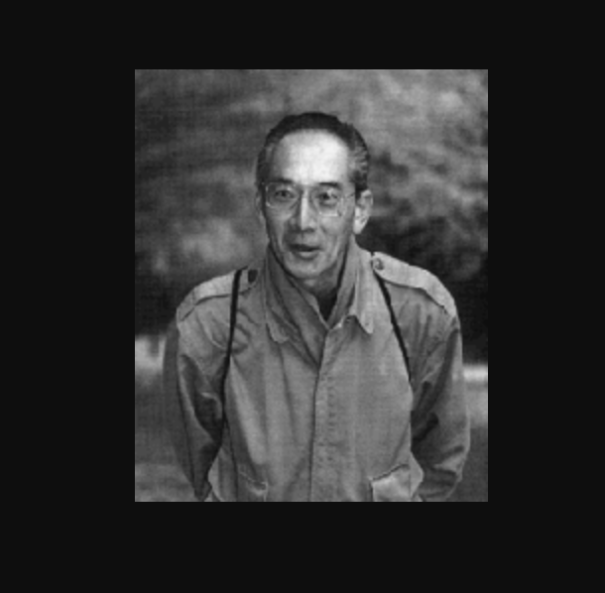 As a child, Yuji Ichioka and his family were relocated from their home in San Francisco to the Topaz internment camp in Millard County, Utah, for three years during World War II. This experience proved to be seminal for Ichioka, who is largely credited with coining the term “Asian American.” By helping to unify different Asian ethnic groups (e.g., Japanese Americans, Chinese Americans, Filipino Americans, etc.) under a single, self-defining term, Ichioka paved the way for greater prominence and understanding of people of Asian descent in the U.S. Born in San Francisco in 1936, Ichioka served three years in the military, then earned degrees from University of California campuses in Los Angeles and Berkeley. He founded the Asian American Political Alliance in 1968 and helped to establish the Asian American studies program at UCLA. With his wife, Emma Gee, Ichioka established the Yuji Ichioka and Emma Gee Endowment for Social Justice and Immigration Studies at UCLA’s Asian American Studies Center.

9 Indigenous Heroes Every Kid Should Know About

22 Black Heroes Your Kids Should Know By Name