by admin May 30, 2020
Over the last few weeks, I've been collecting stories about something that's being termed the "Novel Frugality." Apparently – no surprise – the concept of thriftiness is being abruptly introduced to a whole lot of people who previously paid it no mind.

"We're trained to buy often, buy cheap, and buy a lot," observes a woman named Anne Helen Petersen in a piece called "I Don't Feel Like Buying Stuff Anymore." "And I'm not just talking about food, which everyone has to acquire in some capacity, or clothes. I mean all the other small purchases of daily life: a new face lotion, a houseplant holder, a wine glass name trinket, an office supply organizer, a vegetable spiralizer, a cute set of hand towels, a pair of nicer sunglasses, a pair of sports sunglasses, a pair of throwaway sunglasses. The stuff, in other words, that you don't even know that you want until it somehow finds its way to your cart at Target or T.J. Maxx."

While people like Ms. Petersen may find themselves astonished at their sudden desire to be frugal, my thought is something along the lines of, "Welcome to the club." I don't mean that in a snarky way, either; I mean it quite seriously. Welcome.

I'm a huge advocate of frugality. It is a powerful fiscal weapon. In fact, arguably it's one of the most powerful weapons in anyone's financial arsenal.

This has been our way of life for nearly 30 years now, so it's second nature. I think that's why I derive some amusement from articles purporting to be shocked when people actually line-dry their clothes and forego restaurant meals.

But then I remember, that used to be us. Frugality is a learned skill, just like anything else. 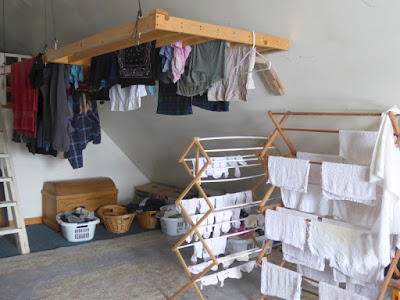 In one article entitled "The Novel Frugality: After decades of materialism, some Americans are experimenting with thriftiness for the first time" (warning, some bad language), writer Meredith Haggerty examines the rise of the disposable consumer culture and the falling away of the thrifty legacy from the Great Depression. "In this environment," Haggerty writes, "the remaining [frugal] holdouts have often been laughed at, ignored, and little studied, but they haven't disappeared."

Even if their finances are not immediately threatened, a lot of people are responding to the pandemic by acting as if resources will become scarce. Accordingly, they're washing and reusing their Ziploc bags and using bread heels to make croutons, while joking they're "turning into their grandma." Reasons range from concerns about the supply chain to a reluctance to jostle among crowds at the supermarket.

[As an aside, Haggerty's article also has the obligatory warning about when frugality becomes hoarding. For whatever reason, these two positions are linked in a lot of peoples' minds. To this end, Haggerty quotes a social worker and author named Elaine Birchall as follows: "She [Birchall] helps clients, before and now, work through how to persevere, to trust that there will be enough. Birchall's own household found itself down to one roll of toilet paper ("because I do not hoard") but, just as she tells her clients, the universe provided and she was able to buy more before it became a problem."

Um, the universe provided? What a stoopid explanation. At first I was inclined to be charitable toward this piece – after all, a lot of people have no experience with frugality – but then the whole "hoarders" association and "the universe" nonsense put me entirely off. Okay, back to the main point.]

But enough about this first article. In another article I read shortly thereafter entitled "How a $500 Monthly Allowance Saved Our Marriage," the author reports on her financial hang-ups and insecurity from the trauma of growing up with a breadwinning father and a stay-at-home mother. (The horror, I know.)

This writer (Catherine Baab-Muguira) reports that only by instituting a $500/month allowance for discretionary spending – in which she and her husband can each spend that sum on whatever they want, no questions asked – was she able to save her marriage. "I am so wary of dependence that the merest suggestion makes me break out in hives," Baab-Muguira writes. "I have to feel that I am independent or I cannot be married, as much as I love Chris."

It sounds like Baab-Muguira and her husband are financially responsible people ("Since we adopted the system, we've paid off all our student debt, opened a joint brokerage account, and even bought a modest house"), but I do wonder how either or both would adapt if they lost their income or were forced into frugality due to present circumstances. Would Baab-Muguira's marriage survive? I sincerely hope so. 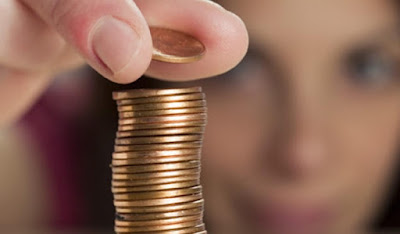 Meanwhile, according to an older (2009) New York Times article, it seems Don and I fall under a category called the "gleefully frugal." This oddball subset "happily seeks new ways to economize and takes pride in outsaving the Joneses. The mantra is cut, cut, cut – magazine and cable subscriptions, credit cards, fancy coffee drinks and your own hair." The article references people who darn socks, air-dry clothes ("even though it takes a few days for the clothes to dry inside"), wash and reuse plastic bags, and employ other thrifty practices that apparently baffled the writer.

What I hope is this Novel Frugality can be seen as liberating, not traumatizing. If you're used to an affluent lifestyle, then yeah, it's a difficult adjustment. But living low can be amazingly freeing (no more worrying what the Joneses think!).

And it truly does become second nature. I'm always startled whenever someone tells us they went out to eat at such-and-such a restaurant. Why would they spend the money? Ditto with purchasing clothes, especially new clothes. Why spend the money, when thrift stores have everything you need?

In the field of behavioral economics, there's a theory called "loss aversion" which suggests that once we get used to a certain level of luxury in our lives, we find it almost impossible to give up, and doing so feels like deprivation. Therefore for whatever luxury you enjoy and would feel deprived without, find a frugal workaround and give yourself permission to enjoy the results.

The goal in frugality is balance. It does no good to cut expenses to the bone if you're sullen and resentful the whole way. Instead, find what luxuries you don't want to cut, and find frugal alternatives.

Above all, frugality is not deprivation or a penance; it's deliverance. Deliverance from debt or from a lifestyle you long to escape. Frugality and thrift have allowed endless people to escape circumstances they didn't like and pursue the changes they wanted.

For those engaging in the Novel Frugality, I'll say it again: Welcome.
Back to News
Use left/right arrows to navigate the slideshow or swipe left/right if using a mobile device