‘We want to be a part of helping Utah heal’: Shakespeare Festival announces 2021 season 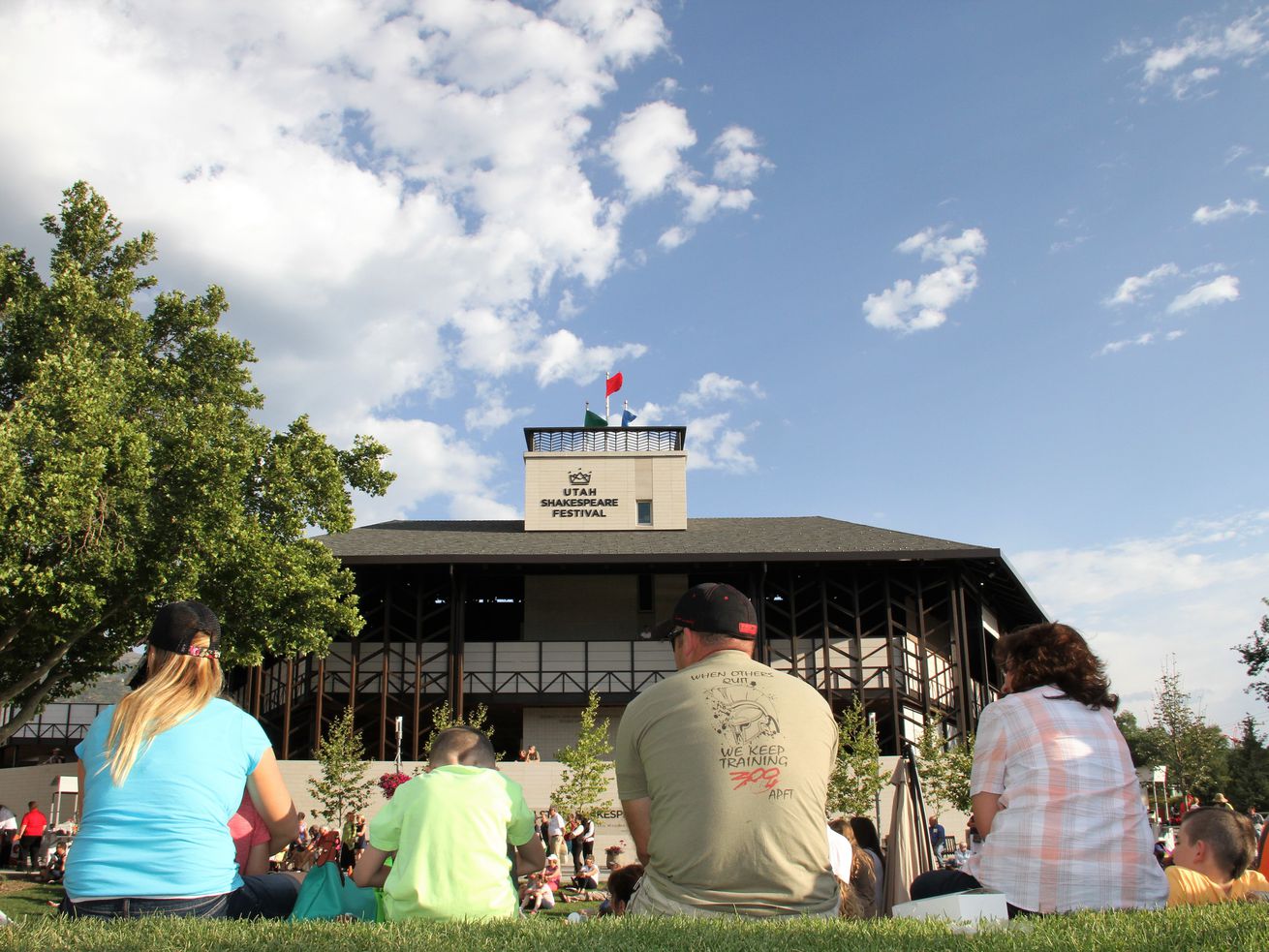 People lounging on the grass at the Greenshow at the 2017 Utah Shakespeare Festival, with the Engelstad Shakespeare Theatre in the background. On Monday, the festival announced its 2021 season. | Cristy Meiners, Deseret News

The festival’s 60th season — running June 21-Oct. 9 next year and featuring eight plays — will be dedicated to founder Fred C. Adams, celebrating his vision and the chance to once again perform for a live audience

SALT LAKE CITY — A little over a month before the pandemic, the Utah Shakespeare Festival lost its passionate founder, Fred C. Adams — a man who transformed a tiny Utah town into a major arts destination.

Then COVID-19 hit. At the time, the Cedar City-based summer festival seemed far enough away that the possibility of moving forward — with a shorter season and a number of safety precautions in place — was strong. But the outbreak didn’t dissipate. In May, the festival closed its curtains for the first time — a decision the company didn’t take lightly.

“It’s heartbreaking,” Frank Mack, the festival’s executive producer, told the Deseret News at the time. “We have families that have been coming every summer for 30, 40, 50 years plus, and this will be the first time they can’t come. And believe me, that is a grave source of loss to us.”

On Monday, the festival announced its return.

The festival’s 60th season — running June 21-Oct. 9 next year and featuring eight plays — will be dedicated to Adams, celebrating his vision and the chance to once again perform for a live audience.

“Fred was a believer in the healing powers of theater. He produced theater for 60 years, so he’s produced through some crises — the Vietnam War, the Cuban Missile Crisis … 9/11,” said Donn Jersey, the festival’s development and communication director. “We’re really excited to just do what he would have done. That’s the question we ask ourselves, ‘What would Fred have done?’ And Fred would have announced a fully-realized season next year, because we want to be a part of helping Utah heal.”

A celebration of life for Adams will be held sometime in August next year (an exact date has not yet been set), according to a press release sent to the Deseret News. But beyond that, some banners, tickets and an unveiling of the newest statue in the festival’s statue garden — what Jersey called one of Adams’ “true loves” — will all pay tribute to the founder.

“Fred would tell you that he never saw this festival being around 60 years and a $40 million facility with three theaters, but I don’t believe that,” Jersey said. “I think he saw all of it. I think he was a visionary, and we’re going to find little ways throughout the year to keep that magic and keep his legacy alive.”

At work, Jersey sits in Adams’ office. Sometimes, he can still smell Adams’ aftershave, and it makes him tear up. It’s even sadder to walk out on the festival grounds, normally a bustling environment this time of year, and see it empty.

“Believe me, It’s incredibly difficult to not produce theater,” he said. “To walk out on our grounds and see nobody is, some mornings, very jarring and depressing.”

“We just want our patrons and everybody in Utah to know that we miss them, and we cannot wait to see them again.”

Five plays in the festival’s upcoming season are rolled over from what would have been the 2020 lineup, including four Shakespeare productions: “Pericles” (the third time the festival has produced this), “Richard III,” “The Comedy of Errors” and “Cymbeline.”

The festival will also keep Gilbert and Sullivan’s “The Pirates of Penzance” a part of its season (the last time the festival produced “Pirates,” Adams played the role of the Major-General).

In addition, the festival has added three new productions to the 2021 season.

“All of these titles explore varying themes of identity and mortality; the debate of fate versus free will; and the examination of the human spirit’s ability to overcome injustice and oppression,” said Brian Vaughn, the festival’s artistic director, in a statement.

The Utah Shakespeare Festival will continue its partnership with London’s Royal Academy of Dramatic Art, bringing the academy’s touring company over to perform, and also having two company members take part in the festival’s own productions next season. The festival will also bring back traditions like the Greenshow, seminars, orientations and classes.

“We can’t wait to celebrate 60 years of producing theater in southern Utah and helping everybody heal,” Jersey said. “Science can do it one way, but theater can do it in a different way.”